Moving to and from San Antonio, Texas with Long Distance Moving Experts

Are you looking for reliable San Antonio movers? Then Long Distance Moving Experts are the right choice for you. We are a professional moving company with decades of experience in the business. We are dedicated to leaving each and every client completely satisfied. Our moving services are of the highest quality and our prices are reasonable. If you choose us as your moving helpers for your Texas relocation, you will be offered a wide array of services, including:
– High quality moving supplies and packing materials (including moving boxes, harnesses, straps, bubble wrap, moving dollies, and more)
– Full or partial professional packing services (including disassembling, packing, unpacking, reassembling)
– Reliable, safe, and efficient interstate transport
– Auto shipping services
– Moving insurance
– Storage units
– And so much more.

Feel free to contact our representatives and request a free in-home moving price estimate for your relocation to San Antonio. And while our professional movers and packers do the heavy lifting, we suggest you take some time to get acquainted with the city you are about to start calling home. 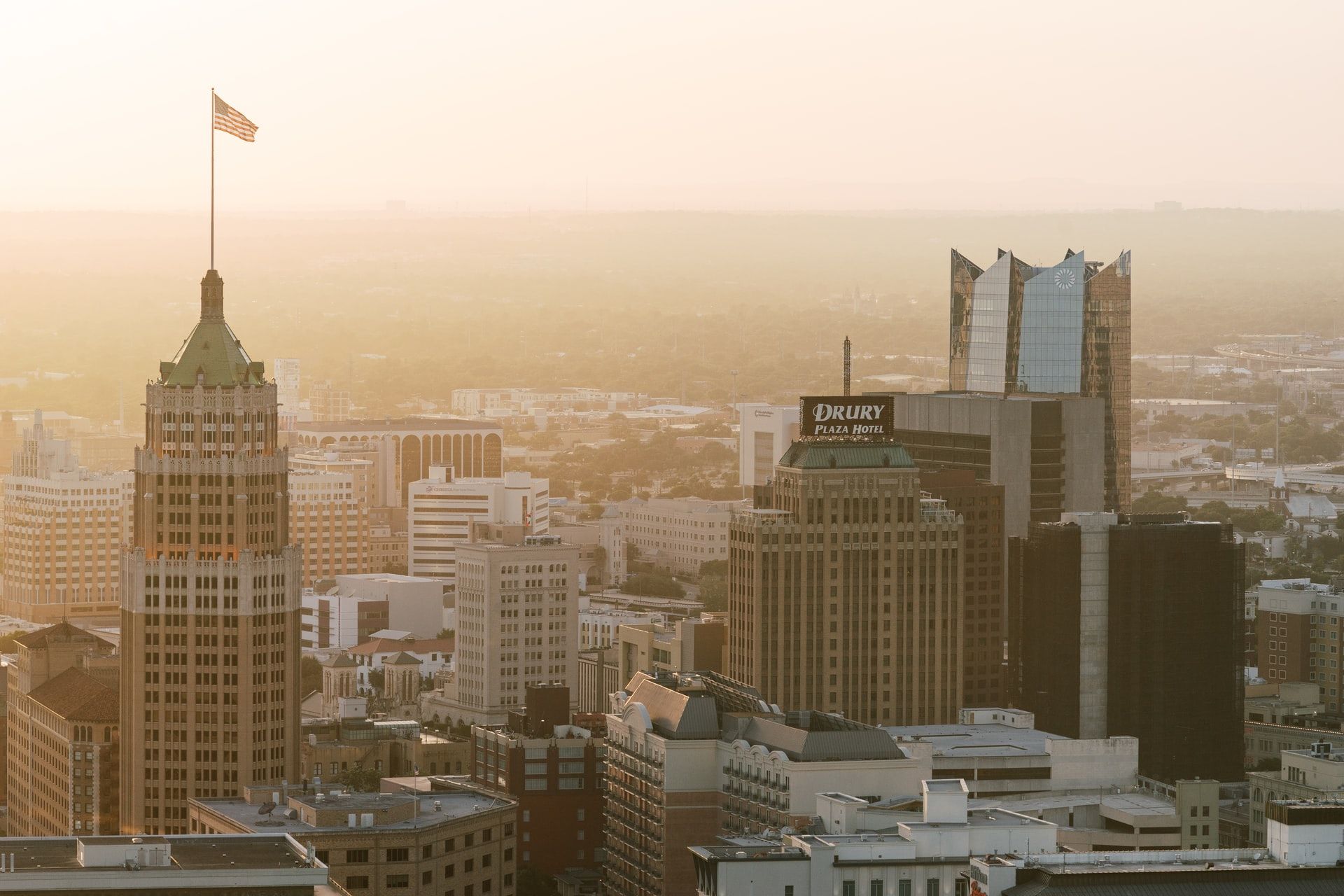 San Antonio is a city in the state of Texas. It is the state’s second most populated city, right after Houston. It is the seat of Bexar County It is located on the southwestern corner of the Texas Triangle.

The first European settlers in the area that is today San Antonio were the Spaniards. They discovered a Native American settlement on the day of St. Anthony of Padua, and decided to name it accordingly. The Spaniards started settling in the area in the beginning of the 18th century. Over time, it became the largest Spanish settlement in the state.

Today, San Antonio, Texas is home to almost 1.5 million residents. It is one of the fastest growing cities in the country. It is home to a number of facilities belonging to the U. S. armed forces, thus earning the nickname “Military City USA”.

The Climate of San Antonio, Texas

San Antonio’s climate is classified as humid subtropical. Summers in the city can be quite hot. Winters are relatively mild and pleasant, with only about ten subfreezing nights per season. Snow is quite rare.
Due to its geography, San Antonio is quite prone to flooding. In fact, the costliest flooding in the history of the country took place here in central Texas. Tornadoes have been reported in the area, but are generally not common.
The only thing you really need to worry about are the summer temperatures. You should make sure you always have a bottle of water with you no matter where you go, and don’t spend too much time out in the sun.

The Economy of San Antonio, Texas

San Antonio boasts an almost $97 billion GDP. This makes it the 4th economically strongest metropolitan area in the state. The city’s economy mostly relies on military, healthcare, finance, oil, gas, and tourism. In addition, San Antonio has become an important location for American-based call centers. The city of San Antonio is home to six Fortune 500 companies. These include:
– Valero Energy Corporation
– Tesoro Corporation
– USAA
– CST Brands, Inc.
– NuStar Energy
– Clear Channel.
Other large employers in the city include Bill Miller Bar-B-Q Enterprises, Carenet Healthcare Services, Security Service Federal Credit Union, Eye Care Centers of America, Frost Bank, and others.
Are you planning on working once you move to San Antonio, Texas? Then you should probably start looking for a job as soon as possible. We suggest you start your search by clicking here .

The Education in San Antonio, Texas

The Neighborhoods of San Antonio, Texas

Before you give your San Antonio movers a call, you should make sure you have chosen the right neighborhood for yourself. San Antonio is home to a number of very distinct areas. In order to make the choice easier for you, we have put together a list of some of the most livable neighborhoods in San Antonio, Texas:
– Government Hill. This is an affordable neighborhood mainly inhabited by young professionals. The median home-price in the area is below $100,000. The neighborhood is relatively walkable and in close vicinity to the downtown.
– Tobin Hill. If you are a young professional, but feel that you can do a little better than Government Hill, we suggest you look into Tobin Hill. The median home value is a quarter of a million, but the neighborhood is very much worth it.
– Cibolo. If you are moving to San Antonio with your family and on a tight budget, you should definitely take Cibolo into consideration. The area is home to good public schools and a number of amenities. An average home here sells for a little over $215,000.
– Timberwood Park. For families who enjoy spending time out in the open, this is definitely the way to go. Although an average home here sells for over $300,000, but this is one of the most peaceful areas of the city.
– Alamo Heights. This would definitely be the go-to option for anyone who can afford it. Homes here go for over $400,000, but the neighborhood is the location of the best school district in the city. It also offers a number of amenities.

Are you ready to move to San Antonio, Texas? Then contact Long Distance Moving Experts right away and let us make it happen. Our representatives will provide you with the best interstate moving price estimates. All you have to do is give us a call.