Moving to and from Philadelphia, Pennsylvania with Long Distance Moving Experts

Whether you’ve got a great job offer, you got tired of the cozy life in your city or you simply feel the need to make a major life change, moving to another state will be both exciting and time-consuming. The first thing you need to decide is where you want to move. Have you considered moving to Philadelphia, Pennsylvania? Even if this idea hasn’t crossed your mind so far, we’re sure you’ll take it into consideration after reading this article. But, before we tell you a little bit more about Philadelphia and why it may be the right place for you, let us remind you that, in order to take such a huge step in your life, you need to find a moving company that can make it possible. Luckily for you, you don’t have to look any further – you have just found the best long distance moving company there is – Long Distance Moving Experts.
Long Distance Moving Experts is a reliable moving company which provides you with various moving services so as to make your relocation process as easy and stress-free as possible. Take a look at some of the numerous services we offer:
– Professional packing and unpacking,
– Free moving boxes,
– Relocation,
– Vehicle shipping (nationwide auto transport, exotic car transport, auto truck transport, enclosed auto transport),
– Budget moving,
– Storage services etc.
If you want to see the full list of services we offer and ask for whatever additional information you need, you can always contact our representatives and they will be more than glad to answer all your questions. However, before you do that, we believe it’s important you learn something more about the city you want to call home first. For that purpose and for those of you who are perhaps still having second thoughts about moving to Philadelphia, we have included some general information about the city so read on to gain insight into what Philadelphia is like. 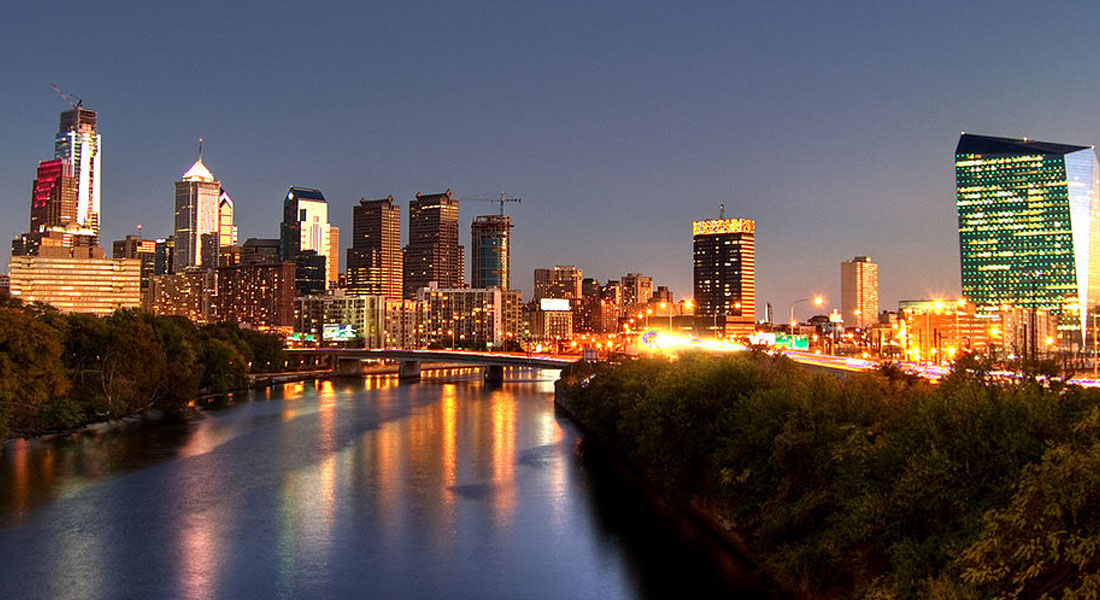 Philadelphia is located in the southeastern part of the U.S. state of Pennsylvania and it is both the largest and the most populous city in the state. It is home to 1,567,442 residents, which makes it the sixth-most populous city in the United States. It was founded in 1682 and incorporated as a city in 1701. Today, Philadelphia is considered a major industrial center and a highly-developed city which offers various opportunities to its residents, and, luckily for you, you can become of them in near future if you decide to move there and get Long Distance Moving Experts to help you do that.
What’s interesting to know about Philadelphia is that it was once set to serve as the U.S. capital while Washington was still under construction. In addition to this, the city has had many other important roles over the course of history. In the 19th century, its rapid expansion started due to a great number of immigrants moving to the city, so it was a refuge for a large number of people from Ireland, Germany, and Italy. Today, besides being an economic center, it is also well-known for its excellent education system. If you want to learn more about the education in Philadelphia and take a look at the list of schools and colleges there, follow this link .

The People of Philadelphia, Pennsylvania

According to the latest estimates, there are 1,560,297 people who call Philadelphia home, which means there has been a slight increase compared to the estimates in 2010. White residents account for almost one half of the population (41.8%), but the number of African Americans is still somewhat higher, as they make up 43.6%. It has also been estimated that as much as 96.2% of the people living in Philadelphia live in households.
As previously mentioned, Philadelphia is home to a significant number of immigrants from several countries. Today, foreign-born residents make up 12.7% of the overall population. The major European ethnic groups in the city are formed by the people from Ireland, Germany, Italy, Greece, and Poland. When it comes to languages, it’s interesting to note that almost 10% of the residents speak Spanish at home as their primary language, but English is, of course, the dominant language (almost 80% of the population uses it)

The Weather in Philadelphia, Pennsylvania

When you want to move to another city, it’s important that you know what the weather is like there, especially if there are some major differences compared to your current city. As for Philadelphia, you’ll be happy to hear that there are no extreme weather conditions that you need to be prepared for. The city experiences humid subtropical climate, so the summers are normally hot and muggy, while winters are cold and snowy. Since there are four distinct seasons, you’ll also get to enjoy mild and pleasant springs and autumns. As for precipitation, it is more or less evenly spread throughout the year.

Where to live in Philadelphia, Pennsylvania

Before you get down to packing boxes for moving, it’s of crucial importance that you check different neighborhoods in the city you’re moving to, so that you can be sure you have chosen the best part of the city to meet your needs. To help you do that, we have prepared a list of top five neighborhoods in Philadelphia that you should read more about before you make a final decision.
– Chestnut Hill – Chestnut Hill is definitely the top recommended neighborhood in Philadelphia. It offers a wide range of amenities, it is safe, it has a high-quality education and a high quality of life. But, as you might expect, the cost of living there is also rather high. Before you rule it out for high expenses, read more about it here .
– Fairmount – this is another quite expensive neighborhood to live in, but you really know what you’re paying for. Fairmount also provides you with all kinds of amenities and it is a wonderful place for families. Find out more about it here .
– Roxborough – Roxborough is a wonderful residential neighborhood which ranks fourth considering the amenities per capita and it is one of the safest parts of Philadelphia. Find more information on everything it offers here .
– East Falls – this is also a neighborhood suitable for families. If there is one thing that East Falls is known for, it’s the great number of high-quality schools located there. It is also safe and calm and peaceful. Read more about it here .
– Manayunk – while most of the aforementioned neighborhoods were primarily recommended for families, it could be said that Manayunk is more of a place the young would like. There are numerous bars and the nightlife is great. Here’s where you can read more about this vibrant neighborhood . Do you think you’re ready to start your life over in the awesome city of Philadelphia? Hesitate no more, but contact Long Distance Moving Experts and get your relocation process started.