Moving to and from New York, New York with Long Distance Moving Experts

We believe that each and every one of us has at least once thought about living in a metropolis such as New York City. Life in such cities offers a huge number of amenities, a fast pace of life and various opportunities to its residents. If you are among those people who like such kind of life and you are thinking about leaving your current place of residence to move to another state, that’s a great decision. If you have considered moving to New York City, you are at the right place, as we have prepared a short guide for you.
As you probably already know, the first thing that you simply need to think about when you want to take such a huge step is your relocation process. Yes, your life in New York will certainly be all exciting and we’re sure you’ll love it there, but, the question is – how do you get there? The answer is easy – hire Long Distance Moving Experts. You do know that you’ll need professional assistance to relocate to NYC and we’re sure you want a reliable long distance moving company to help you do that, so choosing our company is the best you can do.
Long Distance Moving Experts is a reliable moving company which has years and years of experience in the field. We provide you with a wide range of top-notch moving services, including vehicle shipping, budget moving, residential moving, professional packing and unpacking, free moving boxes, storage services and many others. When you hire us to take care of your relocation, you can be sure you’ll work with teams of professional movers and helpers. Once you are completely sure about your decision to move to New York, give us a call and set the moving day. Needless to say, should you need any additional information, we’ll be more than happy to explain everything in detail.
But, before you grab your phone and call Long Distance Moving Experts, read on to learn a little bit more about this amazing city, as New York will be your new home soon enough. 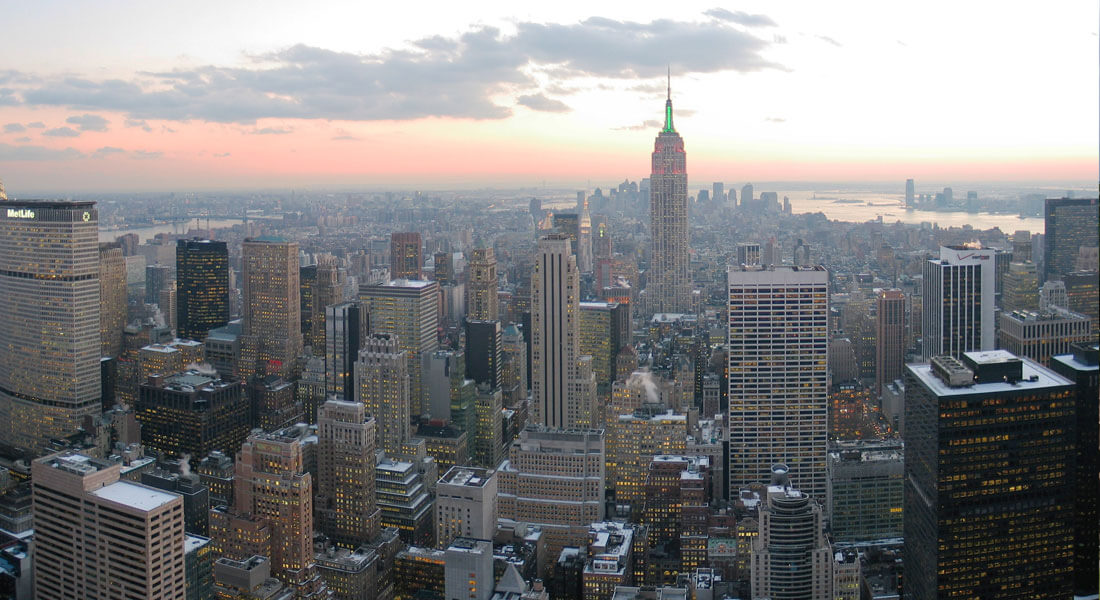 Located at the mouth of the Hudson River, New York is one of the most important cities in the United States and a major trading port. With over 8,537,673 people calling it home, it is both the most populous and the most densely populated city in the country. It is also the center of New York metropolitan area, the most populous one in the United States (it counts around 20 million residents). The city consists of five boroughs: Manhattan, Brooklyn, Queens, Staten Island and The Bronx.
New York City was founded in 1624 and named New Amsterdam two years later, in 1626. However, by the end of the 17th century, it was renamed after the Duke of York. During the 18th century, it served as the capital of the country for a couple of years. However, in spite of the fact that it was always an important city, it was not until the 20th century that it became a center for commerce and industry. Today, NYC is often considered both financial and cultural capital of the world, which says enough about its importance. In case you want to read more about the colorful history of the city, you can find more information here .

As previously mentioned, New York is a highly populated city, which is why it’s often referred to as ‘melting pot’. The population started growing rapidly in the 1920s due to a significant immigrant influx and it has continued to grow ever since. It has been estimated that almost 40% of the overall number living in the city are foreign-born.
When it comes to racial composition, white residents account for around 50% of the population, while African Americans make up 25%. The number of Asians is the lowest – they account for 12.7%. As for religious affiliation, Christianity is the most dominant religion (59%), and it is followed by Judaism and Islam.
New York is a multicultural city whose residents are known for being liberal. It is of great importance in the city to celebrate differences and respect people’s right to complete freedom of expression. It is also interesting to know that there are as many as 800 languages spoken in New York, which is, again, the consequence of the constantly growing immigrant influx to the city.

One of the most important things you need to check when moving to another city is its climate. Thus, we have included some information on the climate of New York. The city experiences humid subtropical climate. This means you should expect hot and humid summers and mild to cool winters. However, you should also bear in mind that some parts of the city belong to humid continental climate zone, so the weather there might be somewhat different. These parts are mostly city’s suburbs, so if you choose to move to one of them, be prepared for even hotter summers and cold winters.

Where to live in New York, New York

Since New York is a huge city, before you start packing boxes for moving, you just have to do some research and choose the exact part of it that you want to live in. It’s important to explore different neighborhoods so as to make sure you have chosen the one that meets your needs. Take a look at the following list of some of the top-recommended neighborhoods in New York and check the links in brackets to find more details about them.
– Battery Park City – this is a residential neighborhood located on the west side on the southern tip of Manhattan. It is one of the peaceful parts of ‘the city that never sleeps’.
– Chelsea – Chelsea is also located in Manhattan and it is considered rather safe and fast-developing neighborhood.
– Dumbo – In case you opt for the borough of Brooklyn, you should definitely consider Dumbo. This neighborhood is easily accessible either by water or land and it has a lot to offer, as it is in an on-going development process.
– SoHo – SoHo is a wonderful neighborhood you simply can’t help but love at first sight, but you should know that the cost of living there is rather high, so make sure you can afford to live in SoHo before you choose to move there.
– Brooklyn Heights – Brooklyn Heights is the right choice for those of you who are moving to New York with their families. It is quiet and peaceful, but it’s also close to Manhattan.
Are you ready to move to the Big Apple? We’re sure you are, so don’t waste your time hesitating, but contact Long Distance Moving Experts and get your relocation process started.