Moving to and from Hoboken, New Jersey with Long Distance Moving Experts

Are you getting tired of the life in a huge, densely populated metropolis and you wish you lived in a smaller city? Have you considered moving to another state? Would you like to move to Hoboken, New Jersey? If you have come to this point in your life when you long for a somewhat slower pace of life, Hoboken is an excellent choice. The city is home to only 53,635 people, but it is still well-developed so you won’t be deprived of various opportunities. Even if you are still not completely sure about moving to Hoboken, we believe you will be after reading this article.
But, before we move on to tell you a little bit more about the city and why it might be the perfect choice for you, let us first shed some light on your relocation process. You must be all excited about your relocation – after all, that is one of the major changes in one’s life – but you can’t let that feeling of enthusiasm make you forget about the not so enjoyable part of your change – the relocation process alone. We are aware of the fact that most people find this part too tiresome and stressful, but we are here to show you that it does not have to be that bad. You want to know how? It’s quite simple – you just need to hire Long Distance Moving Experts and you can be sure you’ll sail through this intricate and time-consuming process.

Our moving company is the right choice for you for several reasons. First of all, we offer a wide range of moving services that you might need to make your relocation possible. Second of all, we guarantee the high quality of our services. Furthermore, we have a long experience in the business, so you can be sure you’ve chosen a reliable long distance moving company. Finally, we offer our top-notch services at more than affordable prices. Some of the services we provide you with include residential moving, budget moving, professional packing, storage services etc. You can always contact our representatives and ask for a full list of the moving services and any other additional information you need. Now, as previously mentioned, we would like to move on and mention some important and useful information about the city of Hoboken, as we believe it’s important that you learn a little bit more about the city that you’re moving to. 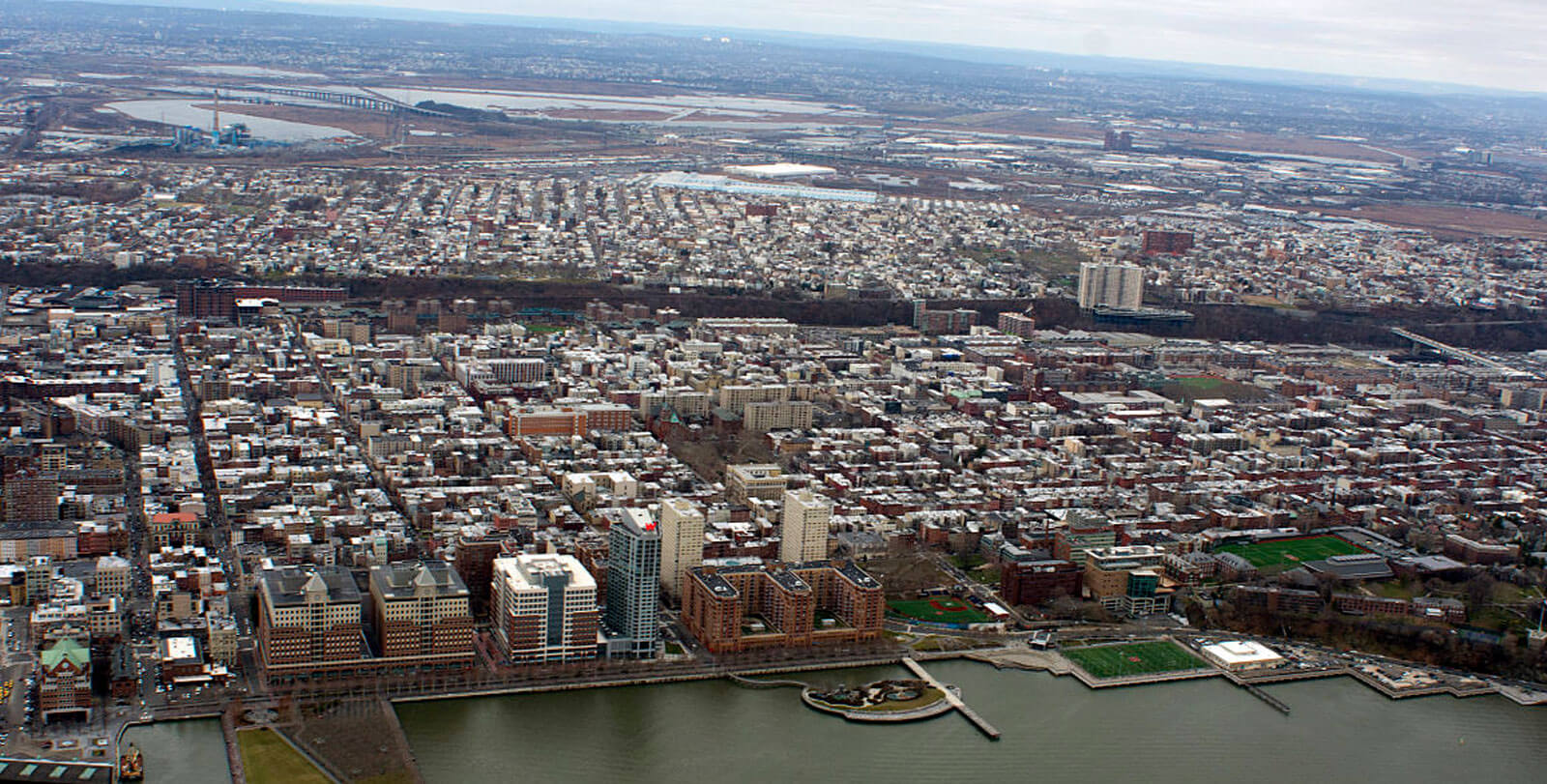 Hoboken is a small city located on the Hudson River in the northeastern part of the U.S. state of New Jersey. It belongs to Hudson County and the New York metropolitan area, the most populous one in the country. The city is known as the birthplace of baseball, as well as for being the home to one of the oldest technology universities in the country, the Stevens Institute of Technology .
Hoboken was founded in 1849 and incorporated as a city in 1855. Its development started in the 19th century already, but it proved to be particularly important during the 20th century when it was an integral part of the Port of New York and New Jersey and as such it played a pivotal role in both World War I and World War II. Another thing that made it an important city in the previous century was the fact that numerous major industries were located exactly there. There are various other interesting and important facts about the history of Hoboken, so in case you would like to find out more about it, click here .

The People of Hoboken, New Jersey

As previously mentioned, according to the latest estimates, there are 53,635 people who call Hoboken home, which means that there has been a significant increase in the number of people since 2000, when the estimates showed that the city counts 38,577 residents. As for the racial composition, the great majority of the residents are white (they account for around 80% of the population), Native Americans make up around 7%, while the number of African Americans is almost negligible, as they account for only 0.15%.
One more thing that Hoboken is known for is that it was home to one of the greatest musical artists of the 20th century – Frank Sinatra. There were, of course, quite a few other notable people from Hoboken, including other musicians, actors, authors etc. If you’d like to take a look at the list of notable people from the city you are about to start calling home, you can find it here .

The Climate of Hoboken, New Jersey

When it comes to the weather in Hoboken, New Jersey, you’ll be happy to hear that the climate there is normally warm and temperate – the average annual temperature is around 12°C. There are more than 200 sunny days per year. Precipitation is evenly spread throughout the year, so, once you move there, don’t be surprised by moderate rainfalls even during the driest months of the year. Summers are usually warm to hot and humid, while winters can sometimes be cold, but there’s no need to worry about extremely low temperatures.

The city of Hoboken might not be that big, but it surely does boast various interesting and important places worth visiting. In case you have already thought about this (and even if you haven’t), check the following list and find some ideas for your first days in Hoboken.

If you need more ideas, click here .
Are you a little bit more in love with this wonderful small city? Can you already imagine yourself living there and exploring all the beauties it offers? Don’t leave it at that, but do something about your relocation. Call Long Distance Moving Experts, set the moving day, and we’ll be there to get your relocation process started and help you start your life over in Hoboken, New Jersey.