Moving to and from Austin, Texas with Long Distance Moving Experts

Are you thinking about moving to another state? Would you like to move to or from Austin, Texas? If this is your choice, that’s great for you, as Austin is a wonderful and well-developed city which has a lot to offer, so we have no doubts you’ll love it there. Since moving to another state is quite an important decision in your life, we’re sure you have thought it through and you have some good reasons for choosing this city, which means that now it’s time you started thinking about what follows – the relocation process alone. We can’t say that relocation is a piece of cake and can be done just like that, and it most certainly cannot be completed without professional assistance. That’s why we are here – to warn you that this is a rather complicated and time-consuming process and to offer you our help. Just because it’s intricate and requires a lot of time and energy, it does not mean it has to be that stressful. It does not have to be when you hire Long Distance Moving Experts to take care of it.
With our experience in the business and teams of professional movers and helpers, you can be sure we will find the best possible way to organize your relocation to Austin. We provide you with a wide array of top-notch services to make your relocation possible. For instance, if you find it hard to handle packing boxes for moving, you don’t have to do that, but let us know, and we’ll be there to save you the trouble. As already said, the relocation process requires you to plan and think about so many things, so we understand that you simply don’t have the time for packing. And even if you did have time, some things might be quite difficult to pack, like some fragile or bulky items. Don’t worry, we know what to do with them. With our packing materials, you don’t have to worry about the safety of your belongings. We guarantee everything will be transported safely to your new house.
In addition to professional packing services, we offer many others, such as residential moving, budget moving, car shipping etc. Contact our representatives and ask for the full list of moving services we provide you with. If you need any additional information and have whatever questions about your relocation, feel free to ask. We are at your disposal anytime you need us. Now, read on and learn a little bit more about the amazing city of Austin. 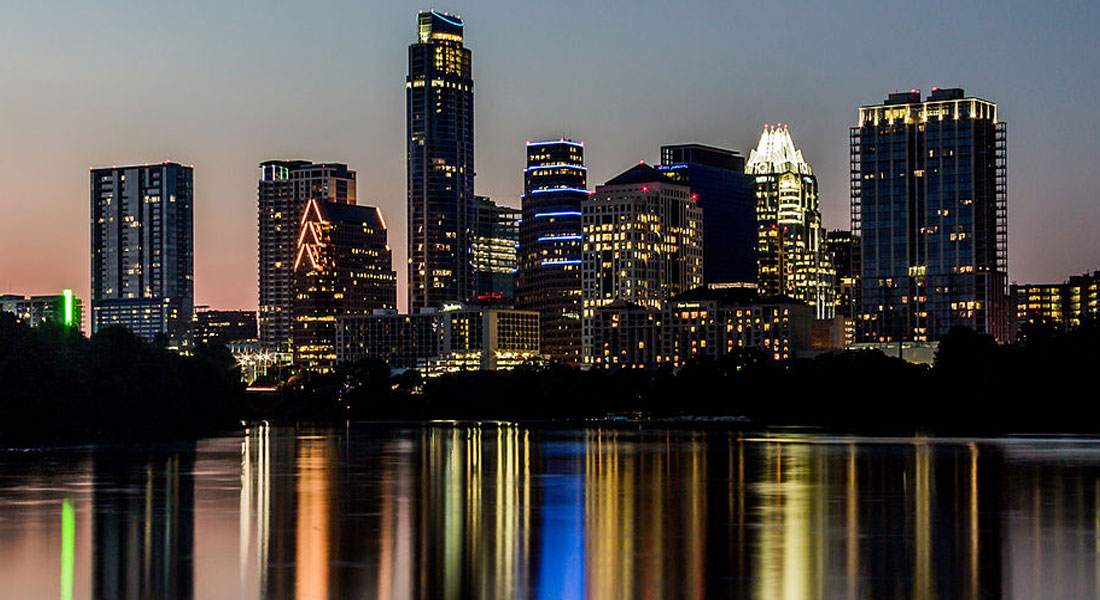 Austin is the capital city of the U.S. state of Texas and it is located in Central Texas. It is home to 931,830 residents, so it ranks as the fourth-most populous city in the state and the second-most populous capital in the United States. The city is also set to serve as the seat of Travis County, the fifth-most populous county in Texas.
Austin was founded in 1835 and it was not long before it became the state’s capital – they chose it to be the capital of Texas in 1839. As for the name of the city, it was first named Waterloo, but then the name was changed to Austin in honor of Stephen F. Austin, the founder of Texas. Just like many other cities, at the beginning of the 20th century, during the Great Depression, the city suffered some rather serious consequences of the economic crisis, but nevertheless, it was back on the road to recovery soon afterward and it continued to develop. It was already in the 1980s that Austin developed so much that it became the center for technology and business. Due to a high number of technology and development companies, this city is popularly known as “Silicon Hills”. Its economy is highly-developed and thus the city offers various opportunities to its residents. If you want to learn more about the economy of Austin, click here .
You should also know that a couple of years ago, Austin was named the second-safest city in the country and this year they named it the best place to live in the United States. It is also known as “clear-air city”, so you can be sure you’re moving to a healthy environment.

The People of Austin, Texas

Residents of Austin are called Austinites. As previously said, there are 931,830 people who live there, and if you opt for Long Distance Moving Experts to take care of your relocation, you will become one of them sooner than you imagined. White residents account for the great majority of the population (68.3%), African Americans for around 8%, while Asians make up 6.3%.

The Weather in Austin, Texas

When it comes to the climate of Austin, here’s what you need to know. The city’s climate is categorized as humid subtropical, which means the summers in Austin are long and hot. If you don’t like cold winter days and great amounts of snowfall, you have chosen the perfect city! Winters in Austin are short and not only mild but even warm. It’s enough to say that the temperature in the ‘coldest’ month of the year (January) is normally around 16 °C. It has been estimated that the city experiences around 2,650 hours of the sunshine per year. All in all, get rid of your bulky winter clothes as you’ll get to enjoy quite a few warm and sunny days once you move to Austin.

Places to Visit in Austin, Texas

In case you are already thinking about the places worth visiting in your future home, take a look at the list of only several of the numerous wonderful places this city boasts. Whatever you take interest in, the chances are you’ll find several places to enjoy paying a visit, as Austin has something to offer for everyone.

There are so many marvelous places in Austin you should visit we can’t possibly name them all. Click here  and find more wonderful places in the city and put them on your list when you go sightseeing.
Do you think you’ve already waited too long to do something about your move to Austin, Texas? It’s time you changed that! Rely on Long Distance Moving Experts and get your relocation process started.