There is an abundance of blogs and video tips that emphasize everything we need for relocating. However, the chances of there being things you forget to do when you move are higher, which could cause more problems in the long run. This is why we recommend you whip out a notebook or open the notes app on your phone and be sure to write down all the things to remember to do when moving.

You Might Forget to Organize Before Relocation Day, But That Matters A Lot

Making a checklist of things to do when you move is the best for moving quicker and easier. It’s also the biggest part of it that most of us tend to overlook. Some tasks to add to the checklist of crucial first steps are: getting the essential packing materials, vetting different long-distance movers, changing the address on your documents, and redirecting mail. You may also squeeze in some more emotional tasks, such as throwing a going-away party. Whatever they may be, organizing them is quite an important step. 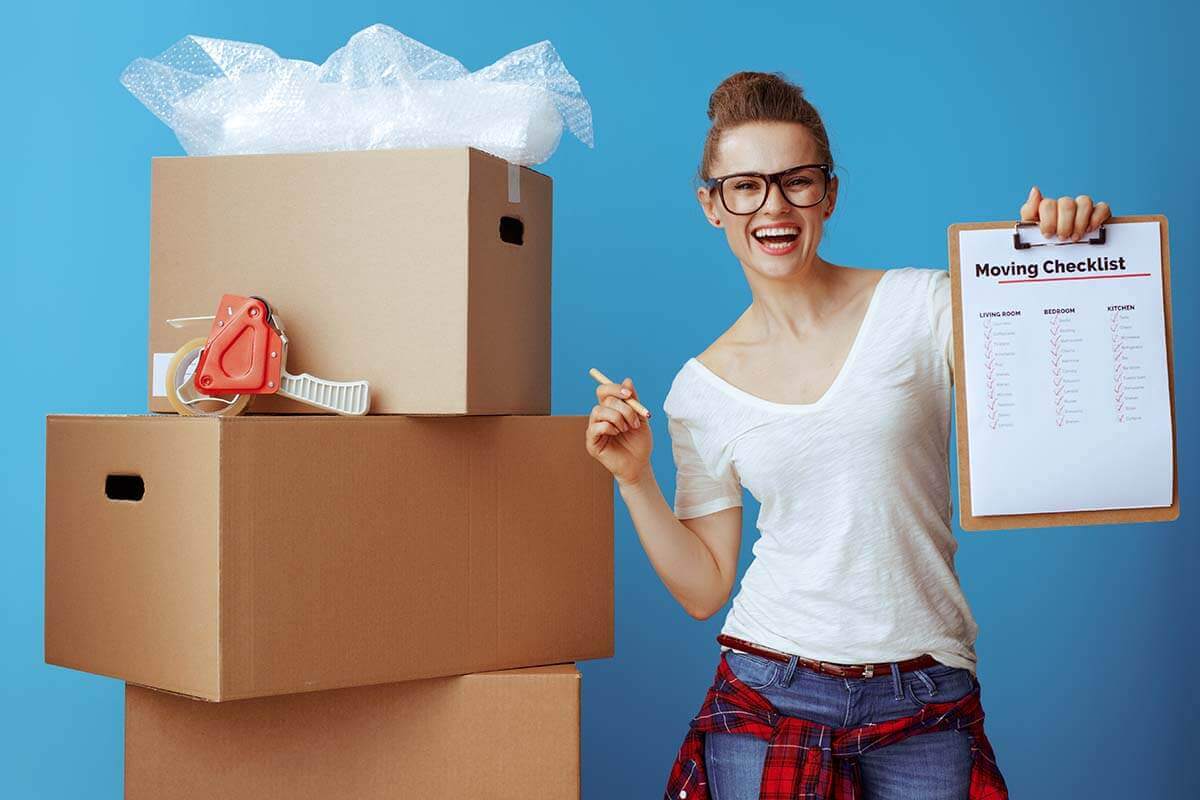 If you’re not sure where to start relocation, start by organizing

Things You Forget to Do When You Move, That Should Be Done Weeks in Advance

We tend to overlook the stuff we can’t see or touch the most often. The more annoying, bureaucratic tasks fall under this category, but they’re mandatory. A few weeks before relocating, ensure the address you’re on right now gets checked out and all your mail is sent to the new residence. When relocating with kids, take care of their school or nursery documentation if needed, and in case of relocating with pets, take them to the vet to be sure they’re healthy for long-distance moving.

The #1 Thing We Overlook is to Cancel Memberships

If everything listed above is already resolved and taken care of, think harder. How about that gym membership? Even if it was rarely used, it still needs to be canceled before you become enemy number one for forgetting to do that. Unbelievably, failing to cancel a gym membership can reflect on a person’s credit score in the long run, and there’s even legal advice for that.

Apart from gyms, think of other recurring costs or memberships you have – library cards, gas and utility bills, cable and Internet services all need canceling. In addition, changing voter registration is essential. These tasks should be taken care of around four to six weeks before going away. If you relocate in the middle of a billing cycle, that could make it more complicated, but in no way should it be impossible. Once the memberships and billings are taken care of, it’s time to think about the physical items we often overlook.

;”>Most of Us Don’t Think About Dry Cleaning on Time

As mentioned, it’s way easier to lose track of the things out of our reach, and dry cleaning is one of them. This is especially true with articles of clothing that aren’t worn often but require a deep clean (suits, suit jackets, dresses, winter coats, and the like.) Check all the receipts lying around and go pick up the stuff you left to get cleaned before it’s too late. Once it’s back home, it’s OK to leave it on the hanger to keep it wrinkle-free or wrap it all together with a large trash bag in case of moving in a hurry. 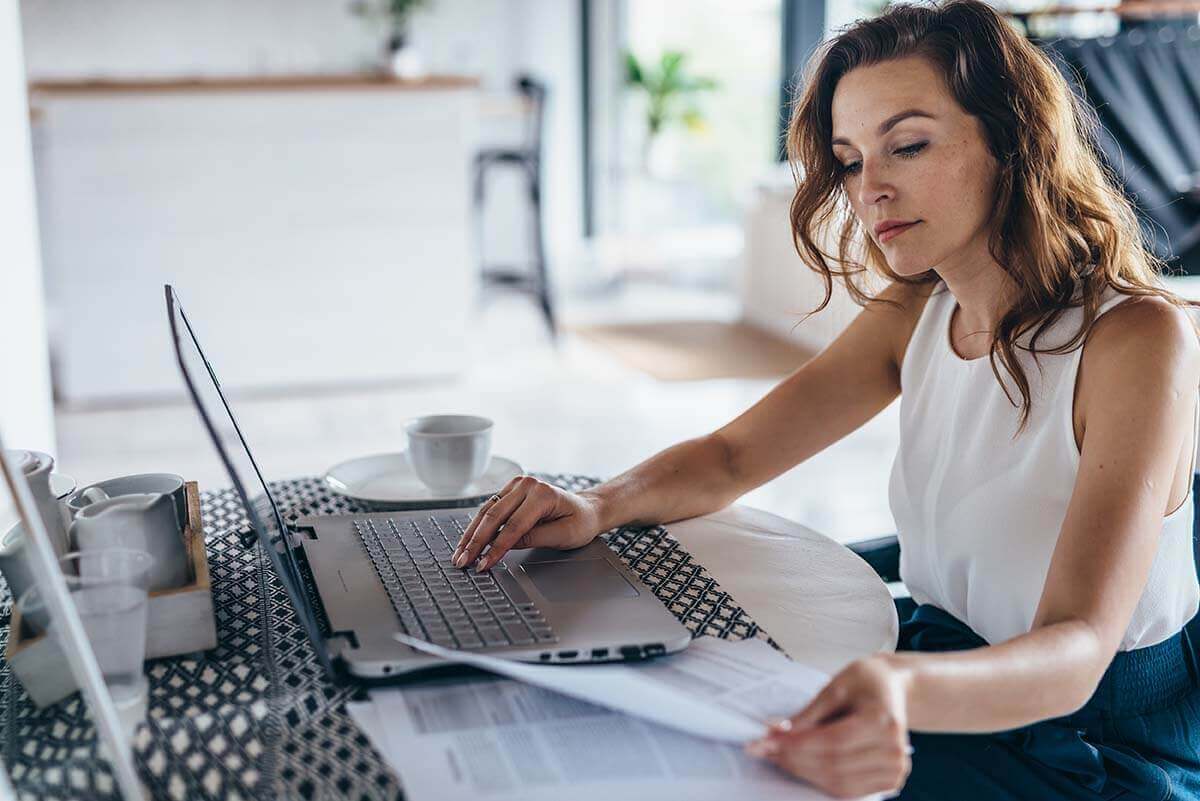 Many People Fail to Think About the Little Things

In the midst of getting ready for a move, there’s usually stuff scattered everywhere, and the small items we’d keep in our pockets or personal bags are left to get packed last. Forgetting a phone charger is tragic even when we’re out of the house for a few hours, let alone while handling the stress of relocating.

The best tips for not forgetting to pack smaller items would be to put them all in one place where you’ll find them quickly and to have separate containers for them when you pack. Even professional movers would recommend getting one larger box or bag to store them while taking inventory and then putting the small items in separate zip bags or plastic containers.

You can distinguish them by color-coding, making labels for the packaging, or even making a to-do list and bullet points like in the video below if you’re a more meticulous person.

To start the process of itemizing, here’s a list of some smaller essentials people tend to miss when boxing up, like:

In addition to the essentials checklist, some unconventional small cargo requires careful storage, like guns. If you own one, then you probably understand the importance of packing a gun safe. Don’t skip reading about those rules, too. 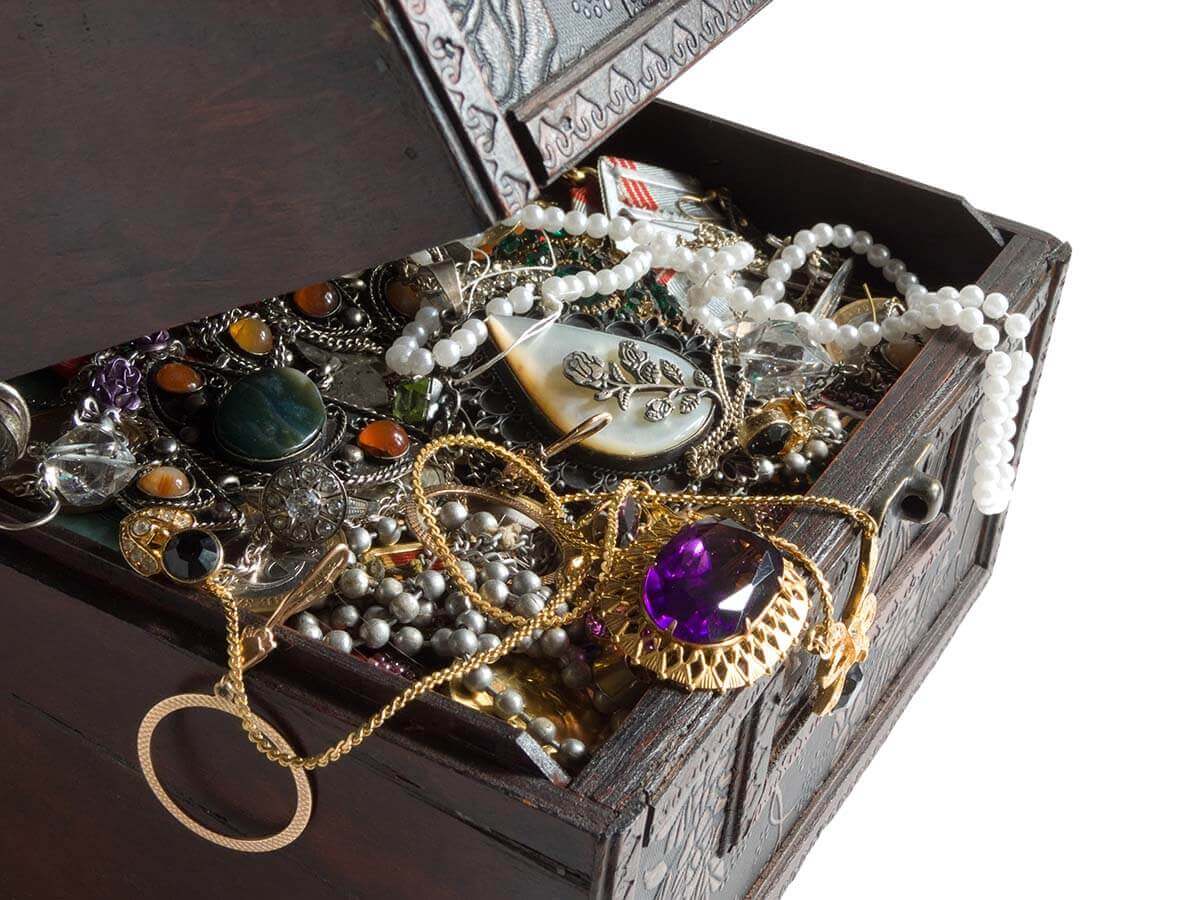 Jewelry and other small items get frequently overlooked while relocating
Need to ship your vehicle? Free Estimate

Thinking of every single detail is hard while relocating. In case you forgot how much there was to buy during the first few months of moving into your current residence, it might be a good idea to take a day or two to look around the place for details and write down what to bring. Note that many items considered to be house essentials may not be best suited to sit in storage if you’ve booked storage services with some movers, so it’s good to prioritize them.

While we expect that toilet essentials like brushes come with every bathroom, the reality is, they really don’t. Imagine the water supply in your new home giving you trouble, and you haven’t brought the toilet brush along. Don’t forget to do this, because it could be a lifesaver. The same goes for the almighty plunger, an essential item for most unnerving plumbing issues. It’s good to take some time to pack bathroom items correctly.

Shovel Those Gardening Tools Together and Pack Them

Forgetting gardening tools from the inventory is expected when relocating into an apartment, as most don’t have the options for gardening in them. However, there’d likely be a front or back yard to take care of when moving to the suburbs, and the tools for that become essential to pack.

Generally, gardening tools are pretty expensive, so forgetting the ones you have would really impact the budget and cause headaches. Not to mention that, while meeting new neighbors as soon as you arrive is a good way to fit in, borrowing shears and rakes constantly is more likely to cause those same neighbors to complain about everything.

If you’re not sure how to pack bulky or sharp gardening tools, there is always the option of hiring long-distance moving experts who provide exceptional packing services.

Light Up the New Home with Old Bulbs

Most homes come with light fixtures, but sometimes there aren’t any lightbulbs in them. The spare ones you might have will come in handy once you’ve settled in. In addition, if you prefer more eco-friendly or energy-efficient lighting options such as LED bulbs, it’s better to bring them along than to expect having them already installed.

Houseplants are More Than Just Decorations

It could be easy to think all the plants we received as birthday or housewarming gifts were cheap, but they usually aren’t. Even when feeling unfit to take care of any plant, know that some don’t need watering that often, but still make the home a nicer place to live and provide benefits like cleaner air.

There won’t be houseplants at the new residence, for sure. As a matter of fact, if you’re going into an empty space, there’ll be nothing. Even turnkey homes rarely have natural plants lying around the place, so bringing that houseplant along will make the surroundings feel more like home immediately. Not to mention that, if left at the old space, they’ll just wilt and die, and that’s more waste to handle than anyone needs.

Gardening tools are often forgotten but expensive to replace

If you’ve ever watched any house-flipping show, you probably saw the mess previous residents can make. While it’s OK to leave some stuff at the old residence, don’t make it look like a crime scene. Cleaning up after a move is vital, not only for the wellbeing of others but for yours, too, because it’s a good way to take inventory of the stuff that is and isn’t necessary, and simply be conscious of possible pollution.

So many people don’t remember to take out the trash before leaving, but we’d advise you not to. Anything labeled for throwing out can be taken care of with a short stroll to the recycle bin or a driving favor from a friend to the nearest recycling center. Depending on the state and city, anyone who gets left to take care of garbage from the previous owner can pay high fees for waste taxes. At the same time, recycling is encouraged in most neighborhoods, and there’d surely be a great way to get rid of all the waste for free. 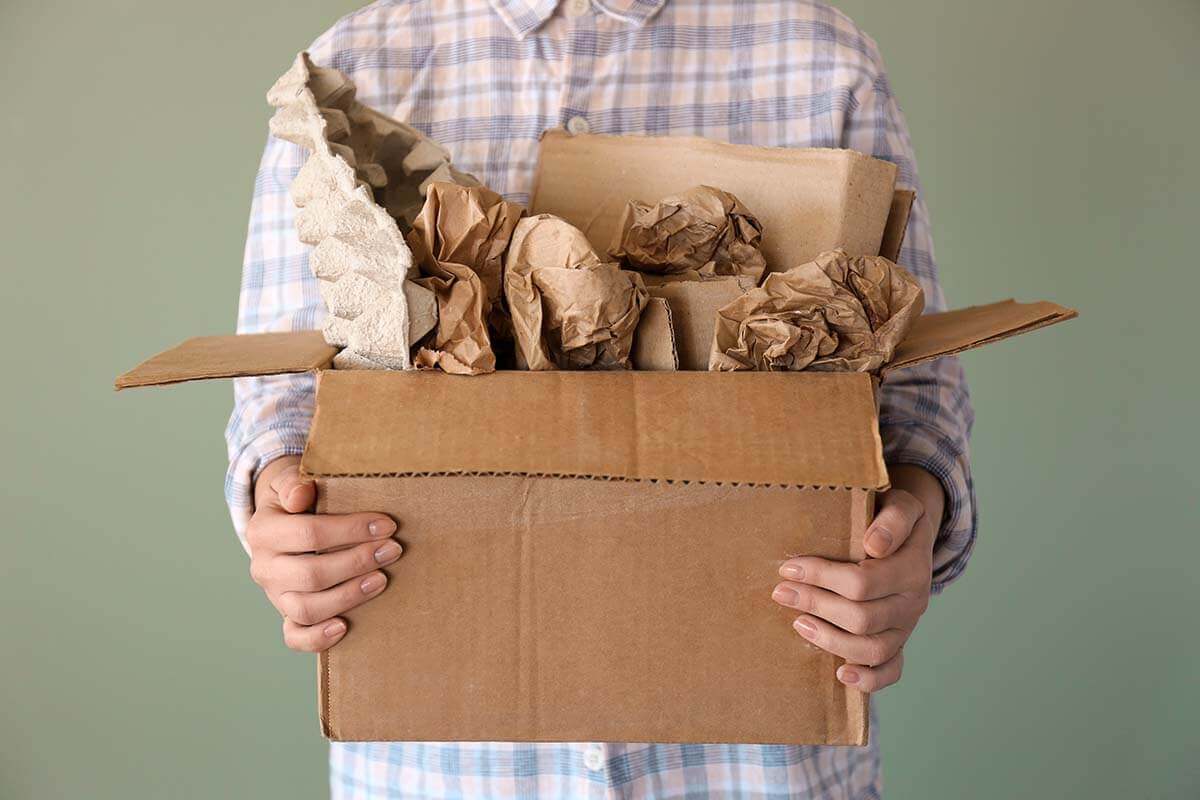 While Relocating, We Tend to Overlook Ourselves the Most

Hiring a long-distance moving company is one way to get everything packed and ready without forgetting. However, while you can pay for long-distance moving services and have everything boxed up properly by diligent movers, there’ll still be tasks to reconsider by yourself. Most of them are those actions that have to be taken weeks before even starting to pack.

Knowing that relocation is around the corner is additional stress because the nerves could get to you. Will you make friends after relocating? How would you keep in touch with the friends you already have? All the questions that come to mind could sabotage the attempts to pack right and bring essentials, which is when self-care and knowing your limits come into play.

Maintaining good mental health is vital in any situation. Still, it should be a priority when it comes to relocating for the first time or creating a whole new life in a different city. It’s OK if something has to be left behind at some point or if there are simply things you forget to pack. Try to remember previous stressful situations you found yourself in and how you responded to them. Was it easier to get angry, cry, or curl up and do nothing? Get to know yourself and plan everything out so that your brain’s responses to stress don’t burden the flow of the move. If needed, definitely ask friends, family, or neighbors for help.